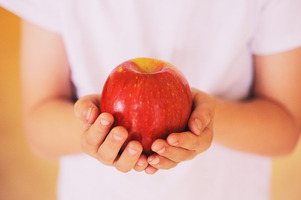 Introduction to client – I requested that the patient make a one week simple diet to bring
with him. I requested that he write down everything he ate and drank each day including
times and quantities or volumes and to document any exercise or physical activity. When my client arrived for his appointment, I completed a short health and life style questionnaire with him selecting meals per day to balance out the blood sugar. Started him on lower carb and lower sugar foods.He decreased his coffee to twice a day with all natural sugar substitute. We increased his consumption of fruits and vegetables and made sure if he is eating a carb that he added a protein along with it to slow the sugar consumption.

All packaged and processed foods were removed from the diet. Client is a 48 year old male newly diagnosed with type 2 diabetes, high blood pressure and high cholesterol. These were all found on his last physical exam with his primary care physician. Before that he had no previous medical history. No allergies. He has a family history on his father’s side of heart issues, high cholesterol and diabetes. He was sent home with prescriptions for blood pressure, cholesterol, and high blood sugar.

I confirmed the client understood that any advice I gave him was not intended as a substitute for medical advice from her GP and that if he had any health concerns then these should always be discussed with his GP as should any proposed changes to his regular diet. This is also included in a clause on the questionnaire which I asked him to sign.

After reviewing his diet it was found that he lived on coffee and take out foods.
He lost over 30 lbs due to the diabetes so his weight was not a concern. He is also a smoker of over a pack per day. He often skipped breakfast and only ate two large meals per day. Mainly refined white carbohydrates and foods with high saturated fat content, with processed meats and foods, and definitely lacking in fruits and vegetables. He often  consumed moderate amounts of alcohol to assist with getting to sleep or instead of food.

After speaking with client about his diet it was obvious that he had no knowledge about nutrition and kind the of diet he should be following for good health. He admitted he has never had to worry about his weight and has not had any health concerns in the past to encourage a healthy diet.

I discussed with him the importance of each of the food groups and the roles each of  these played. I explained the slow-release (low GI) carbohydrates and the importance of eating regularly and not skipping meals. I explained the importance of eating a healthy breakfast filled with healthy fats and proteins. I explained that maintaining an adequate and steady fuel supply to his body was important to prevent blood sugar spikes and regulate metabolism. We filled out a one week example of a good food diary and compared to his and went over the differences. We wrote up a list of good foods and bad foods and substitutions for the foods he enjoys. We went over a chart of the different food groups and what each food group does to help his body.

We drew up a plan and my client agreed he would start his blood sugar medication but refused the high blood pressure medication and cholesterol medication. He would like to attempt to control them both with diet. After going over his diet we went over six smaller meals per day to balance out the blood sugar. He is to start lower carb and lower sugar foods.

He would get rid of the processed foods in the home and try to consume more foods from the ground and with only five ingredients he can understand. He would decrease his coffee consumption daily and use all natural sugar substitute. He would increase his water consumption.  We increased his consumption of fruits and vegetables and made sure if he is eating a carb he adds a protein along with it to slow the sugar consumption. All packaged and processed foods were removed from the diet. He would start eating a healthy breakfast with comprising of lean protein such as egg and slow-release carbohydrates such as bowl of oatmeal and the goal is to consume at least five portions of fruit and vegetables each day. We also suggested a daily multivitamin and mineral supplement.

We would also add a good quality Omega 3 product with a Red yeast rice supplement to help with the cholesterol levels. He also agreed to increase his consumption of good fish products that include Omega 3’s. The client also agreed to start working on cutting back and/or quitting smoking. Client is not interested in a quit smoking class or in asking GP for medication to assist him to quit at this time.

We agreed he would speak with his doctor before implementing some of my suggestions over the next few weeks. He is to contact myself with any questions and we would meet up again in 3 weeks with another food diary and to see how he is progressing.